When I was considering posts for my ‘Debunktion Junction‘ series, I roughly drafted one about the (pretty uniquely feminine) fear that working out will cause you to bulk up.

Almost every woman who trains with my husband begins by stating that while she wants to get stronger, she does not want to get ‘big.’ She doesn’t want to get ripped, she just want to ‘tone up’.

This amusingly predictable hand-wringing causes a lot of eye-rolling in the personal trainer community.

Generally speaking, you won’t bulk up in the gym if that’s not your goal. Especially if you’re a woman. We’re just not programmed that way.

Trainers spend a lot of time talking women off the ledge. “Don’t worry, just because I’m going to have you working with weights doesn’t mean you’re going to Hulk Out.”

I was going to blog a request that women stop worrying about something that won’t happen unintentionally. But I pushed the pause button, because I don’t like to blog about things I haven’t personally experienced. I had never really worked with weights. I had no first-hand knowledge of what would happen.

Then I started working in the Boy Zone of the gym (see: Stranger In A Strange Land). I lifted weights every day. I was just improvising, using lifts I learned from Jillian Michaels in No More Trouble Zones. I was unsupervised, with no trainer on hand to recommend weights/reps.

Then, on the 4th of July I posted this picture on Facebook:

Sun’s Out, Guns Out

I wasn’t expecting it, but I got a lot of positive feedback about the visible muscles in my arms. And you know me, I’m a sucker for compliments! Flattery will get you everywhere.

When I went out for lunch with my brother shortly thereafter, he said I have Michelle Obama arms. *swoon!*

Good thing I’ve been working so hard in the Boy Zone, huh? Rad.

So, I kept at it. I got my heart rate up higher lifting weights than I do spending an hour on my favorite cardio machine. I was building muscle left and right.

Well… then my husband took this picture: 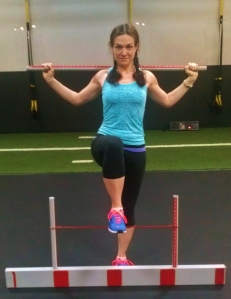 Those arms are bigger than I wanted them to be. I mean… I look like I could kick someone’s ass! And, as I’ve said before – I’m in the girly-girl business. My ideal adjectives include “slender, willowy, sleek.”

“Holy crap, that chick has guns” is not my personal ideal.

I’m so glad that I didn’t post that you don’t get bigger than you want to!

My brain may have been saying “I don’t want to get any bigger” but my actions in the gym were the actions of a woman trying to build muscle. I had incorporated weight lifting into my daily routine.

What happens when you lift weights 6 days a week? Arm muscles. Kinda big ones.

I discussed the situation with the resident trainer. He reminded me that the more you lift, the bigger you get.

My man says if I don’t want as much muscle mass, I should try backing off a bit and only working out my arms a few times a week.

Less working out in pursuit of a personal ideal? A-W-E-S-O-M-E!

While it’s interesting to know what I look like when I have guns, I don’t really want to keep them. Don’t get me wrong – I love having strong arms, but the stay-at-home-mom game doesn’t really require lots of heavy lifting. My ability to do my job won’t be harmed if I surrender a bit of arm strength.

I’ve always pulled back from everything labeled as ‘supplements’.

I think I associate ‘supplements’ with protein shakes, steroids, and other body-building products. A-Rod takes supplements, not me.

When I hear ‘supplements’, I think this:

But in reality, I have something of an obsession with supplementing my diet. It’s getting a little out of control.

The first step is admitting you have a problem, right? 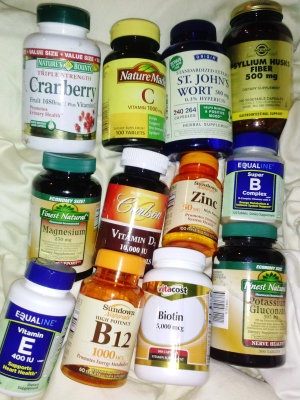 Yeah. That’s what I take before bed every night. Finding a pill box large enough to hold this many pills took some serious shopping around.

I can’t help myself! Have you ever read what vitamins claim to be necessary for? It’s very compelling stuff.

Oh, let me tell you:

‘Magnesium is an essential mineral and plays an important role in energy metabolism, protein synthesis, neuromuscular transmission and bone structure.’

Holy crap! How have I held myself together without magnesium?? Better be sure to get a healthy dose every day!

And have you heard about electrolyte water? It’s my new drug. I know it might be a full-scale placebo effect, but I’m loving every minute of it. Ever since I started drinking electrolyte water during and after my workouts, I feel far less dehydrated, meaning I have a lot more stamina.

Who cares if it’s all in my head if it makes my head say I can push my workout a little bit harder?

Gentlemen – you’ll want to skip the next paragraph.

Ladies – True story: Ever since I started taking fish oil and probiotics daily, I haven’t had any PMS (and I have a long, storied history of crazy-lady PMS). After the first month of taking fish oil and probiotics daily, I actually suffered a momentary pregnancy panic. It was time for me to be getting PMS-y and I wasn’t bursting into tears for no reason even at all! I have no idea if it’s the fish oil, the probiotics, or the combination of both, but I’m a happy camper (and so is my husband!) so I’ll be sticking with this magical cocktail.

If you decide to try fish oil (and my herbalist insists on liquid, not capsule) I recommend finding one with peach or mango flavoring. The lemon variety is pretty gross. I find that the tropical flavors do a better job at masking the fishiness.

Do you take any supplements? If so, what kind of glorious health boosts do they give you?

With all the supplements I take every day, I expect to develop x-ray vision and super-strength any day now. 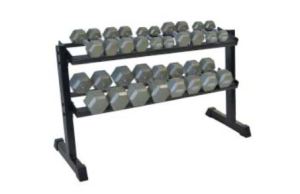 Within the community of formerly-obese fitness junkies, there is a common mantra. We tend to go around mumbling about ‘Lifestyle Change’ to anyone who will listen.

I’ve touched on this theme several times in passing, but it deserves its own discussion.

“Lifestyle Change” is code for ‘if you think you can only diet and exercise until you reach your goal, you’re going to gain it all back. The change has to stick… forever.’

We don’t want to scare you off, though. We reference “Lifestyle Change” to soften the blow.

But, what we have learned is this: No one who keeps significant weight off is ever able to return to their comfy-cozy, curled-up-all-day-eating-their-favorite-foods lives.

When I got started, I couldn’t even think about tackling forever. When I got started EVERYTHING felt hard, painful, and deserving of my constant animosity. The thought of enduring such torture for the rest of my days was WAY more than I was prepared for.

I didn’t want to be heavy anymore, and I knew something had to change. Beyond that, I couldn’t even process.

I was ready to consider a few months – maybe even a year – of hard work, but I didn’t think I had anything more than that in me. I certainly didn’t think I’d ever actually embrace the hard work that is fitness.

I still wanted to believe the infomercials. CHANGE YOUR LIFE IN 60 DAYS!!

If you’re where I was when I was thinking about getting started, if yo-yo dieting feels normal to you – then you’re the person I am talking to when I hint about the importance of a ‘lifestyle change’.

I don’t want to feed you propaganda about how quick and easy shedding obesity and adopting fitness can be. But I don’t want you to fear that such a change could mean biting off more than you can chew.

The benefits of Healthy & Strong far outweigh the comforts of sloth (oh, I do adore sloth… it’s easily my favorite deadly sin), but you need to feel them for yourself.

None of my sporty friends were ever able to convince me that I’d be happier if I got fit. I hated dieting, and I hated exercise. How could working things that I hate into my daily life POSSIBLY make me happier? Nonsense.

But, of course, they were right.

I know that if I work an hour of sweating into my day, I’ll be as right as rain on the other side.

I still find fitness to be hard work, but now I know that it’s worth every struggling minute. It’s worth the full-scale lifestyle change, because this lifestyle is happier, more confident, less stressed-the-eff-out.

Healthy & Strong had to become integral parts of my identity.

So, go ahead. Don’t be afraid. Change your whole identity.

It’s the stuff of superheroes.

If you read about my participation in #140You and felt simply shattered that you couldn’t be there, never fear! The video of our panel discussion is up!

You have no idea how relieved I was when I saw this for the first time this morning. I have an unfortunate tendency to go all high-pitched when speaking publicly. I am positively bursting with pride that I managed to keep the screechiness to a minimum.

Hopefully we serve as a reminder that when you’re ready to commit to your journey, nothing can stop you! You’re never too old, too big, too inexperienced, or too damaged to grab control. This life is what you make it – so make it healthy!

Join Me On The FaceSpace!

Join Me On The FaceSpace!